Children Are the Future: Schools and Education 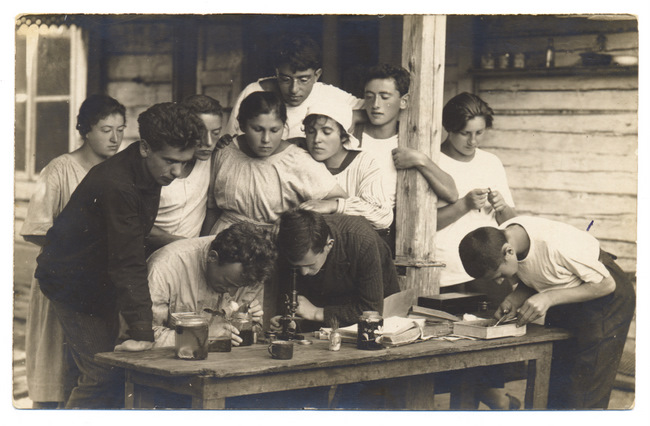 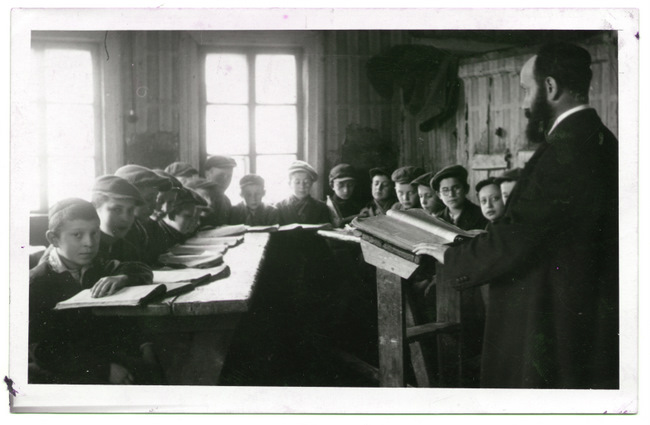 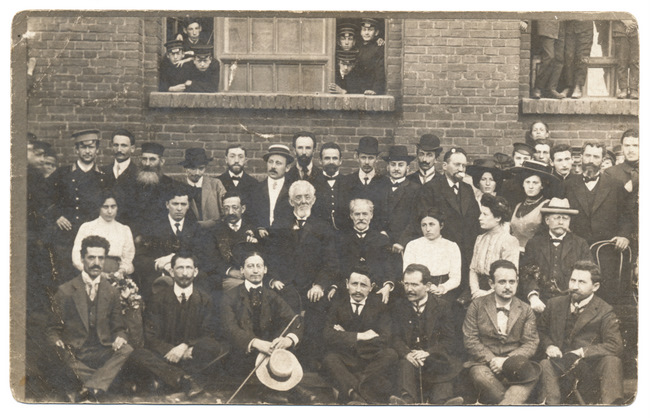 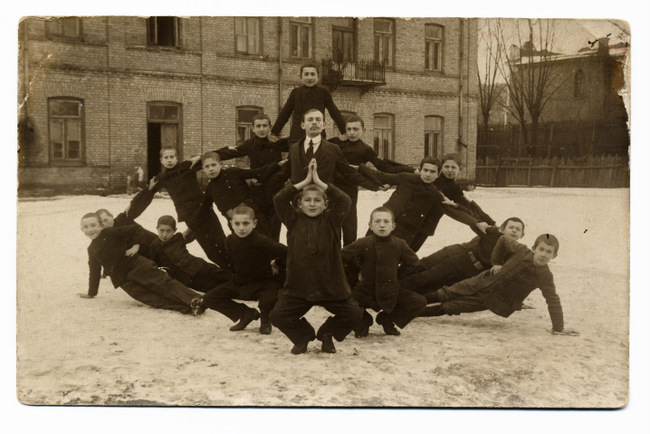 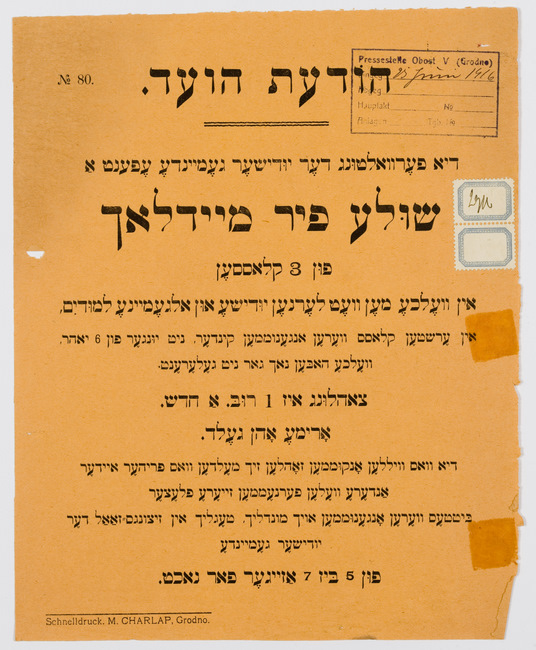 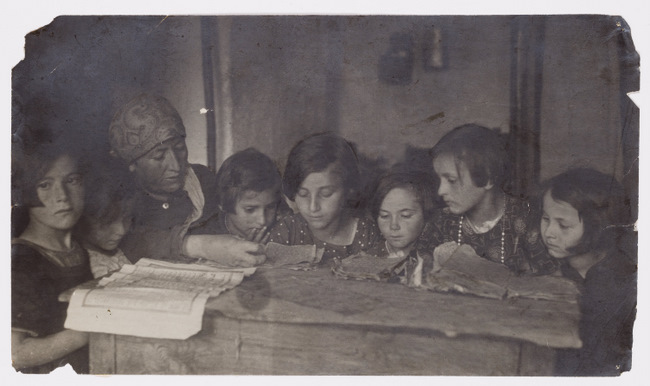 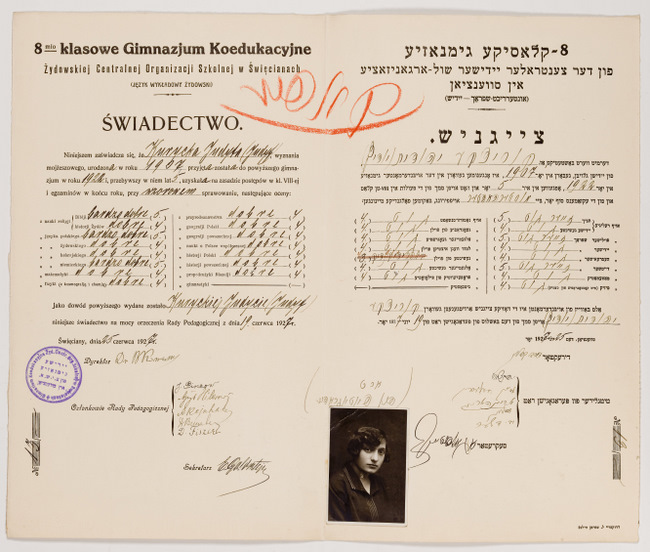 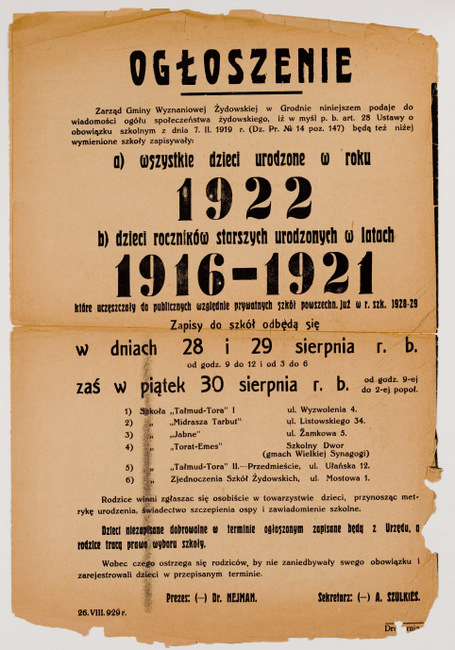 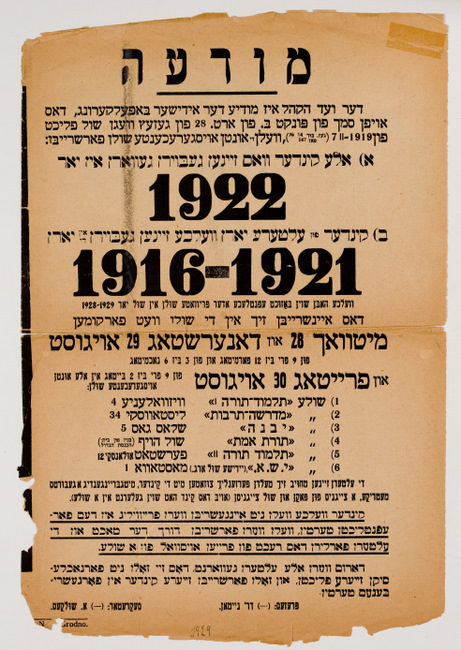 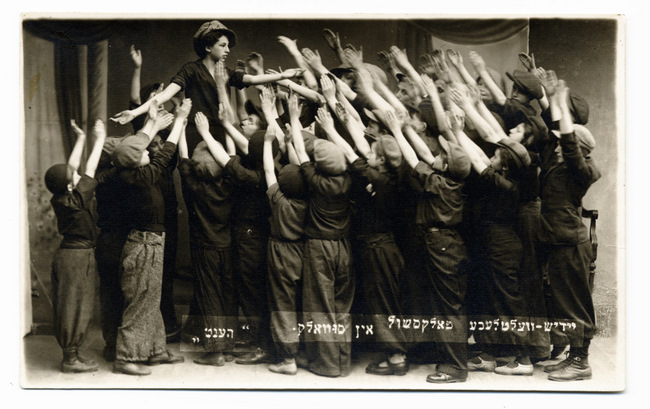 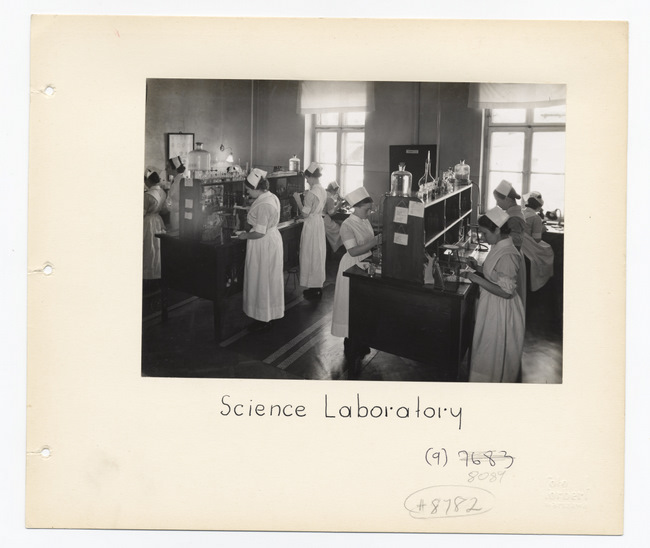 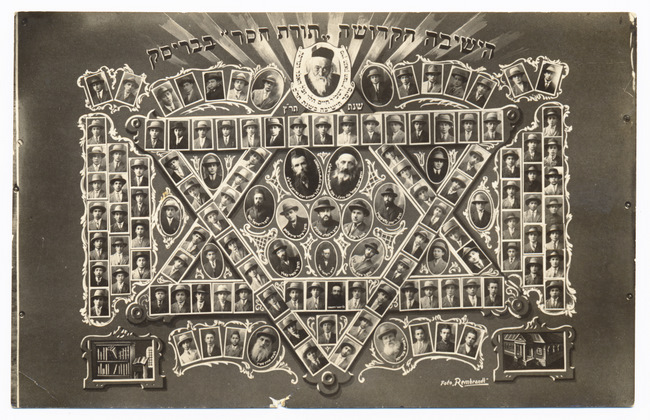 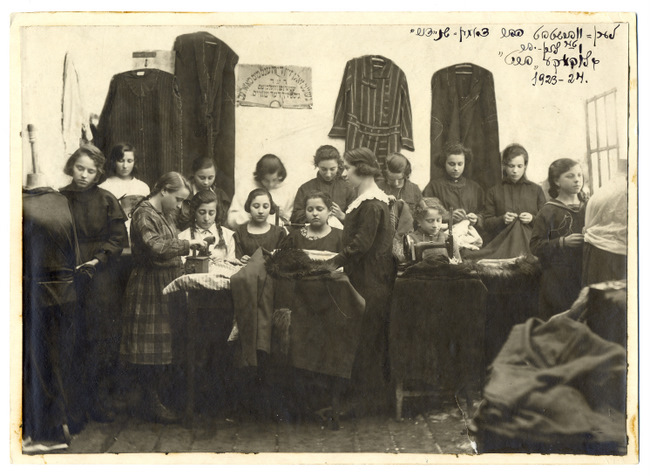 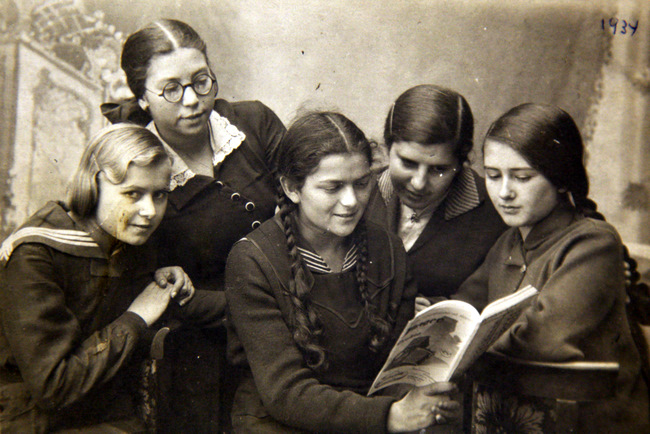 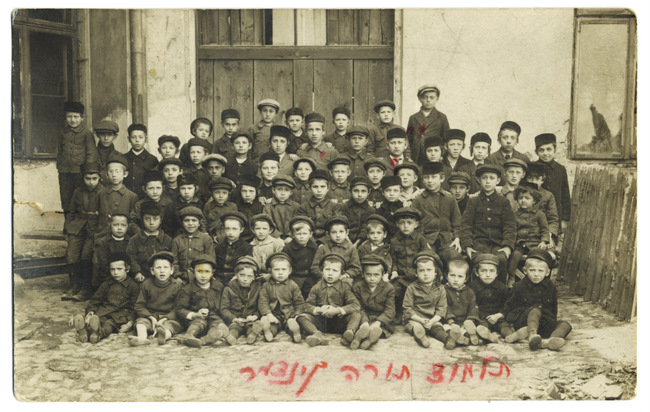 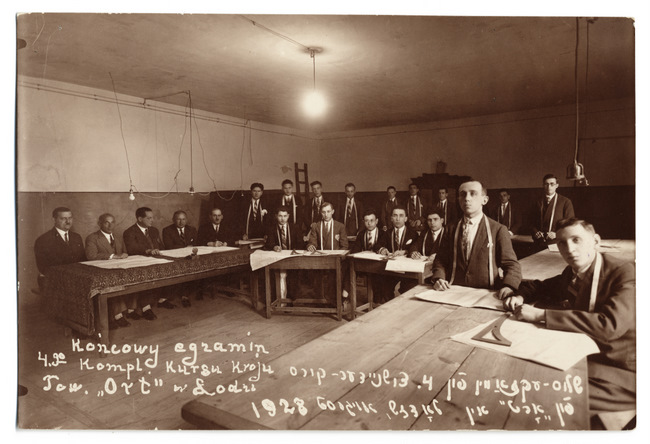 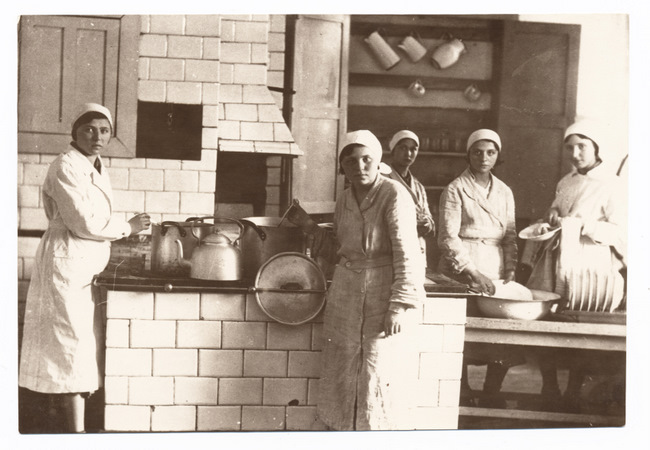 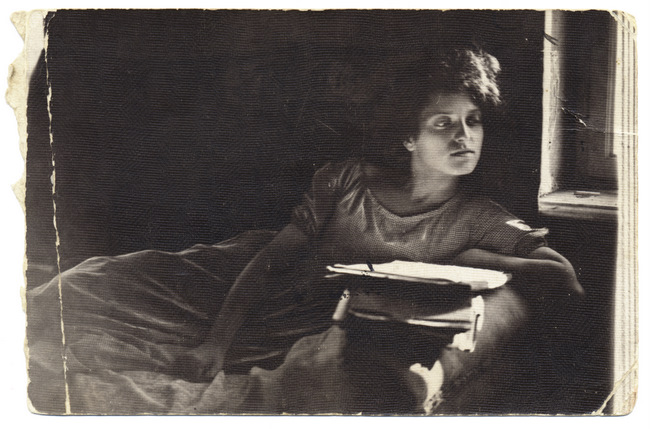 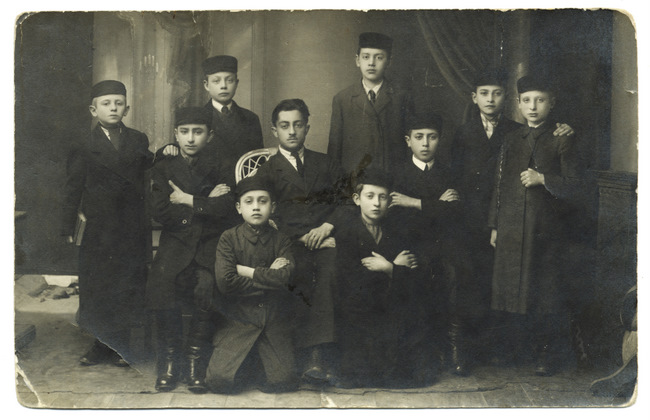 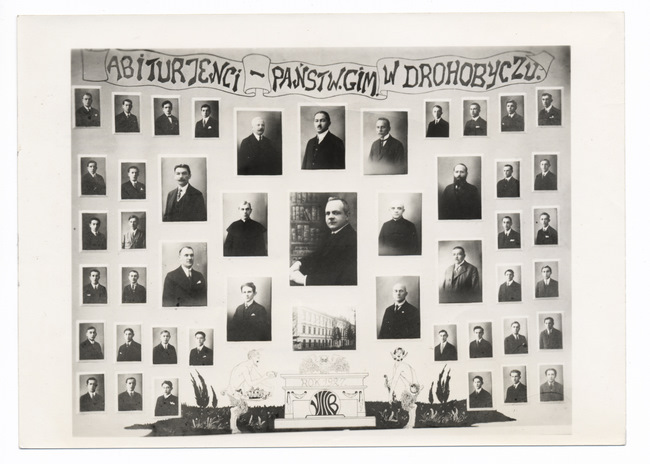 A few Hebrew and Jewish vocational schools existed in Poland before World War I. But it was not until after the war that modern Jewish education took off. In the Polish Republic universal education for both boys and girls was mandatory. At the same time, Poland was signatory to a Minorities Treaty, which obligated the state to provide funding for the educational institutions of minorities. This was truer in theory than in practivce. Nevertheless, Yiddish, Hebrew, and religious school networks were established and competed for students. The new regulations also provided motivation for the continued development of  schools for religious girls, whose parents sought alternatives to secular education.

Hadorim(traditional Jewish elementary schools) and yeshivas coexisted with the more modern schools, and some teenagers and adults attended Jewish vocational schools. But many  Jewish children were educated entirely outside the community in regular Polish schools.